Well we should probably start our ‘about’ page by telling you that we first opened for business in 1989. We should also tell you that our CEO and Founder, Mike Myers, has been in the industry for forty five years, is an accomplished composer and music producer with over forty million record sales to his credit (he is best known for the song I’m In The Mood For Dancing) and a succession of chart successes and industry awards.

We have received numerous awards including; Independent Radio Awards, two Ivor Novello Award Nominations for Songwriter Of The Year and also Most Performed Work, two Tokyo Music Festival Awards, plus BMI, ASCAP, several BPI awards and a host of others.

But as they say, all this is history.

The digital-music era has resulted in many shifts and repositioning of creative companies in recent years - but one thing is for sure; whether it‘s the soundtrack for a feature film, TV commercial, video game, mobile entertainment or podcast production, the most important thing to us, is to create the perfect soundtrack.

We are artists, musicians, composers and producers who have spent many years doing and loving what we do. We draw on all of this knowledge to help our clients achieve their creative vision – however they define it. 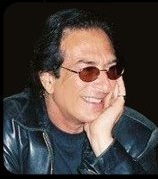